Set at the border of two cities, under a highway bridge and its endless, noisy stream, is a vacant lot set in asphalt : a place of un-life spiked with concrete, a playground split between two warring enemy clans.

Capulet and Montague, two wizened and ludicrous old men, seem to have forgotten the very reason for their conflict. Their quarrel, though toned down whenever they need to face the authorities, lingers on with the younger generation, led by Tybalt and Mercutio, always ready to fight it out. Only Doc, the pure oxygen dealer, is attempting to settle the fight.

During a ball at the Capulet’s, Romeo son of Montague comes face to face with a strange and enchanting creature. One look, and a powerful desire starts to irresistibly pull them toward each other…

WILD SIDE STORY is a free adaptation of Romeo & Juliet, superimposed with West Side Story, and highlights a tormented generation desperate for thrills. The show focuses on breathing life again into a doomed romance, frantically trying to escape a fate bred by an intolerant, parasitic society.

Compagnie Off has chosen to revisit Shakespeare’s timeless tragedy within a nonconforming, hostile urban setting. Wild Side Story’s stage design feeds on the symbolism of a frontier between two territories, gradually merging into each other.

This show, created for the street, allows the audience to freely circulate inside and around the main action, which offers a large portion of the original text, but also contemporary dance, car stunts and Parkour tracers.

WILD SIDE STORY is a tragic, violent and sensual tale, by the shadow of a bridge under which only the blood of scarified love now flows. 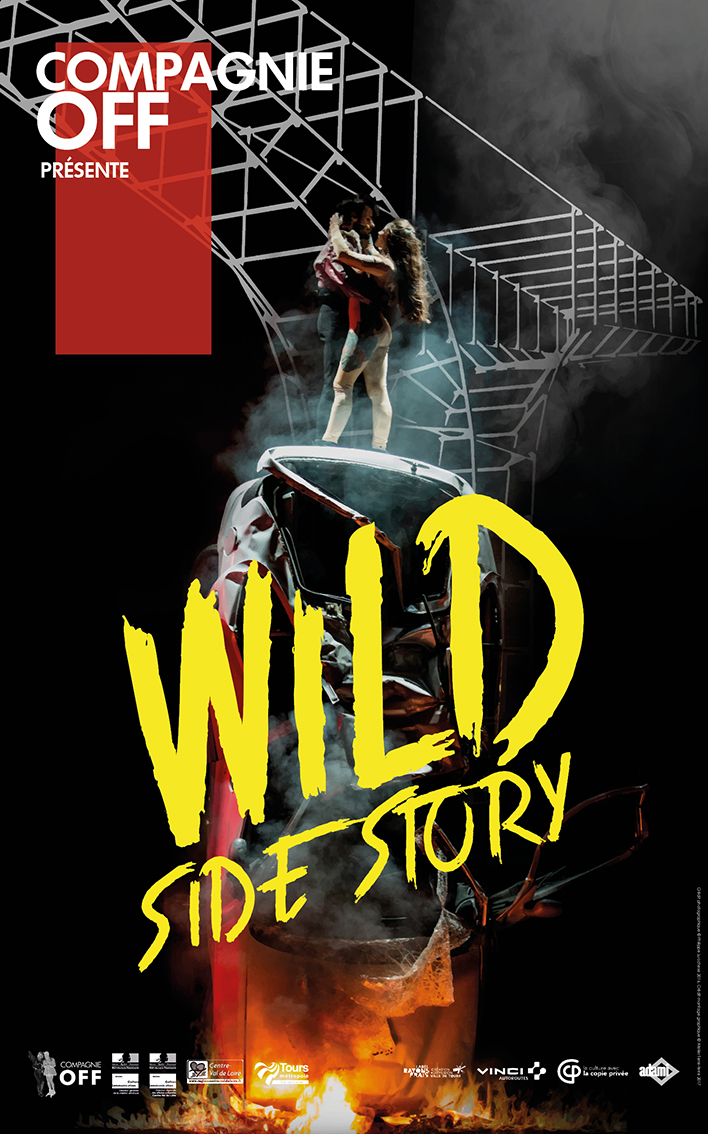 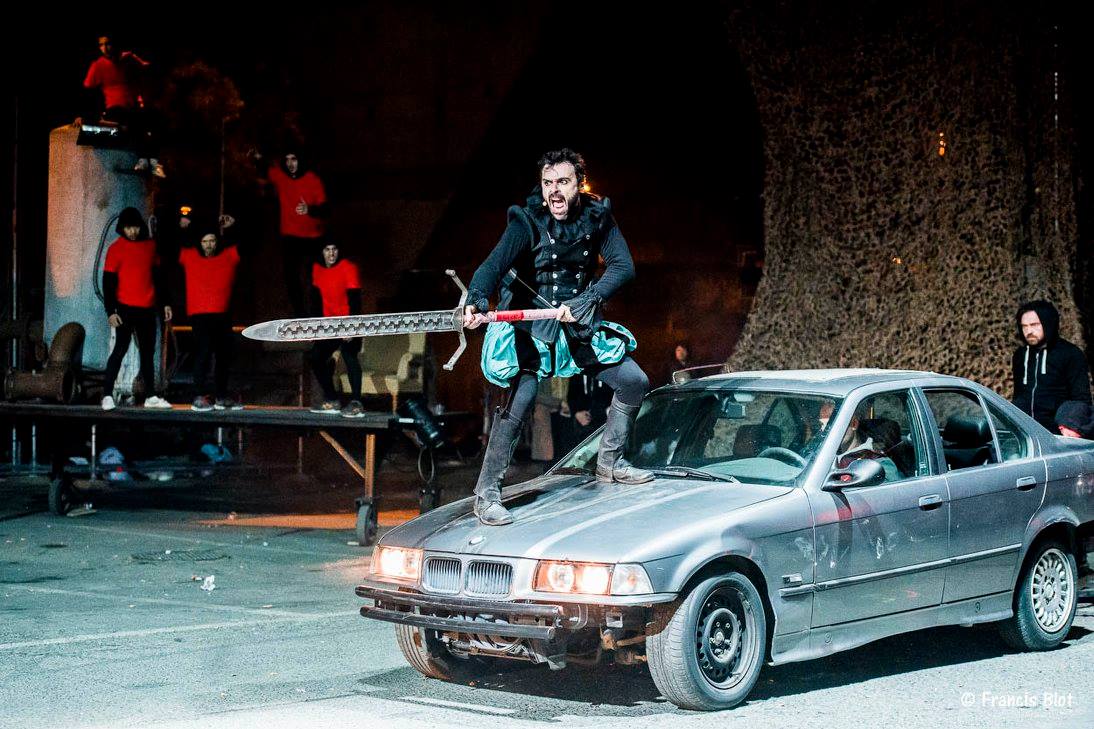 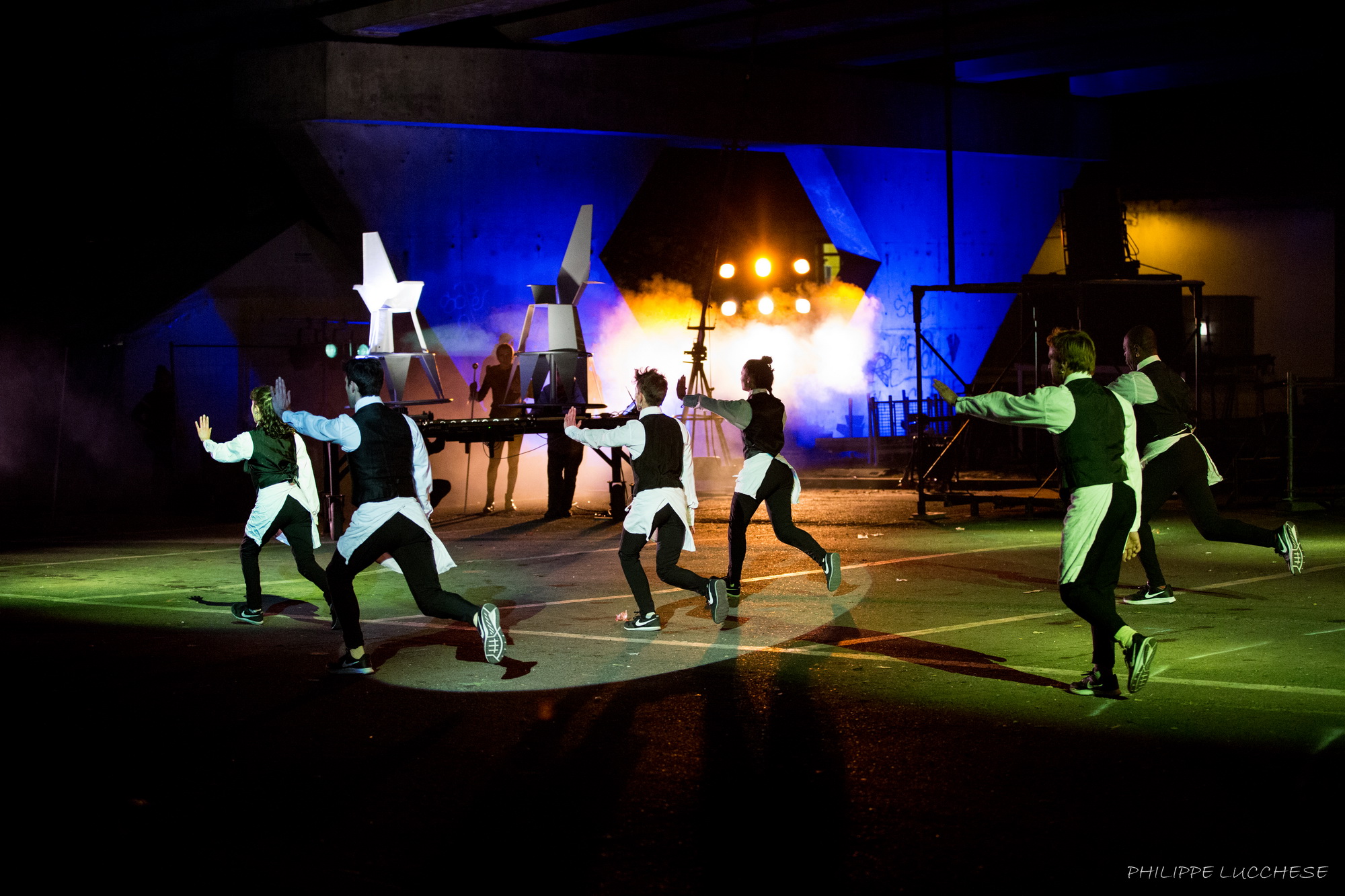 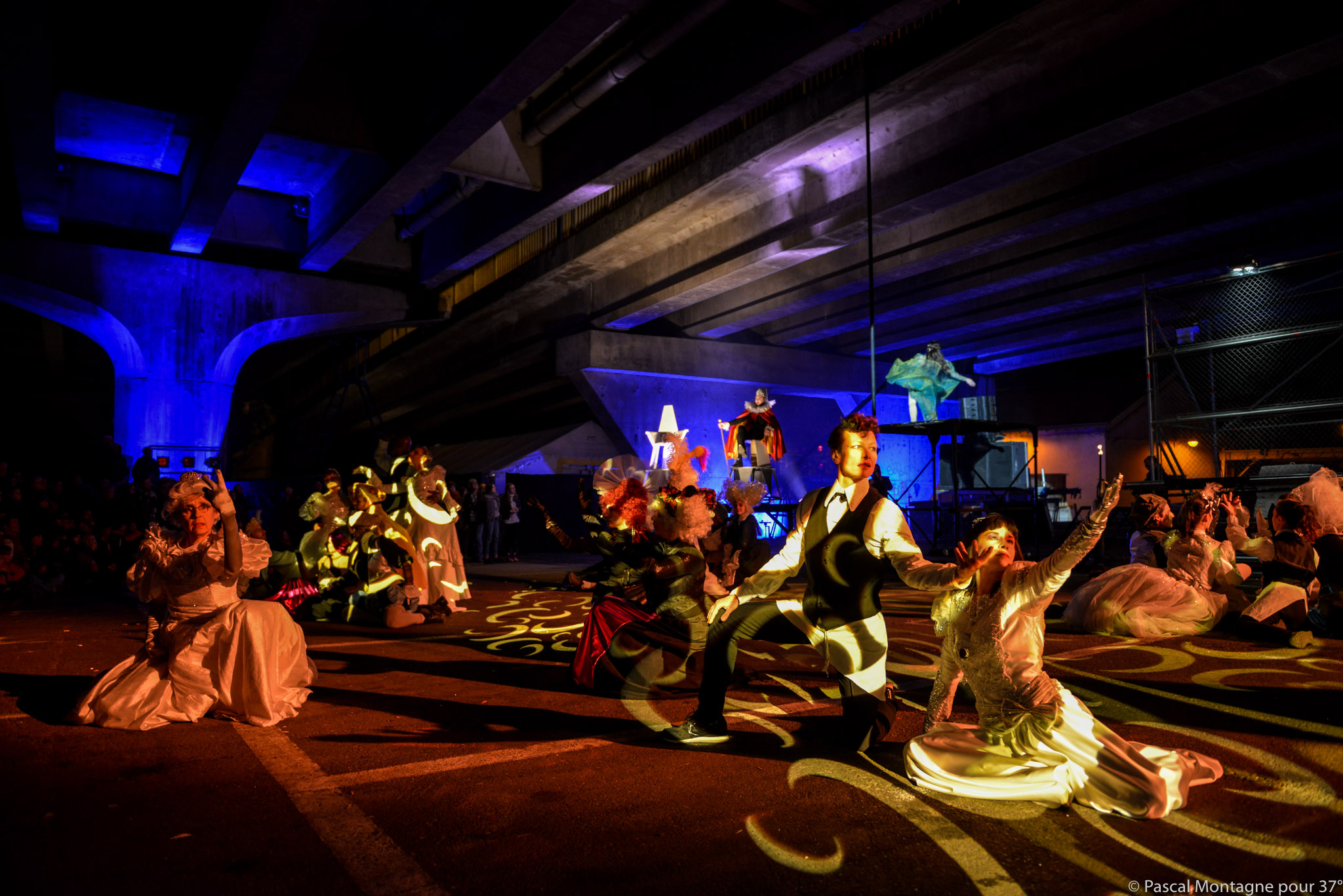 Born out of the urban need for acceleration, rapid connection, city bypass, fluid access and traffic, the building of motorways and ring roads has produced urban frontiers around and within the city. As long as these spaces were left overlooked by politics and urbanism, they were of no public interest and ended up being used as a junkyard for a consumerist society and its freewheeling evolutions and wild revolutions…

The stage setting for WILD SIDE STORY is based on this geographic reality. New York’s West Bronx area translates into our own « Point Zero » : a « non-location » which is difficult to own, marking a fissure between territories, and creating lines of «no-life» between cities. Whether referencing Verona and the age-old war between Capulet and Montagues, or the territorial conflict between Sharks and Jets, the heart of the matter remains the same: the eternal human issue of possession. How can we play with these spaces, reclaim them and transform them into public playgrounds ?
WILD SIDE STORY is a theatrical, spectacular enlargement of a love story where couples, Maria-Tony and Juliet-Romeo, merge into one, as the story repeats itself in complex, infinite variations, both dramatic and predictable.

A fiction born out of reality, a show that starts in excessive normality.

The show is fixed, on a vast stage of asphalt (70m x 50m). The audience is immersed into the action, and then, depending on the action, switches to:

The motorised vehicles’ stunts happen on the ground. Scenes that include text and the lead characters’ sequences are raised above ground.
Several characters will, at times, progress through airborne scenes.

« Look, Listen & Be », Workshop
For its performance, Compagnie Off offers to train local volunteers through a series of workshops based on the notions of     « Look, Listen and Be ». Trainees acquire the fundamental skills to take part in the artistic act within the public space, and are immersed at the heart of the show, taking part in the performance.

> Immersion of 18 volunteers before and during the performance, to create the « Dancing Choir » in the Ball scene

WILD SIDE STORY - presentation file of the show.